On Sunday September 24, Broken Social Scene brought their Hug of Thunder Tour through St. Louis. The band is currently touring alongside Frightened Rabbit to promote their latest album of the same name. Hug of Thunder was released on July 7th under Arts and Crafts records and is their first release since 2010. Getting to see Broken Social Scene alone would be a treat, but with the addition of Frightened Rabbit, fans were packing into the Pageant early on. Everyone was ready to see an evening of amazing music during an otherwise hard time for the city.

First up was Frightened Rabbit, a five piece Scottish Folk band from Glasgow. You may have seen them come through town before with a stop at the Old Rock House with Maps and Atlases in 2010. If you’re not familiar with the group, the band is made up of Scott Hutchison (Lead Vocals/Guitar), Grant Hutchison (Drums), Billy Kennedy (Bass/Keys), Andy Monaghan (Guitar/Keys), and Simon Liddell (Guitar/Keys). You could describe Frightened Rabbit as Mumford and Sons with some grit. Their songs have a full force rock vibe while still having the soulfulness of a folk ballad. One of the defining characteristics of the group is the beautiful and rich voice of Scott Hutchison. Whether he is singing or filling the space between songs with witty banter, he woos the crowd with his thick accent and deadpan style of humor. At one point he even stopped to marvel at the pop top cans from Urban Chestnut, saying it’s one of the best innovations to drinking he’s seen in a while.

In 2016 Frightened Rabbit released their most current album, Painting of a Panic Attack. This was the first release including their new keyboardist Simon Liddell, and reached 70 on the Billboard top 200. With track titles like Death Dreams and Woke Up hurting, it is definitely evident that the band still makes music with a beautiful duality of melancholy. It definitely takes a further lean towards the band being qualified as indie-rock instead of folk. While the new album is well loved due to it being extremely polished and refined, the crowd got excited when Frightened Rabbit played a few of the older songs. Their classic songs have a simplicity that cannot be beat live, often feeling spiritually and emotionally raw. Fans got a special treat when the band decided to head over to hang out in the merch area after their set. They took time to talk one on one with fans, showing just exactly how warm and friendly they really are.

After the opening set, it was time for the main event. Broken Social Scene is not a band but a musical collective, created by Kevin Drew and Brendan Canning. While the core of the group has six members, they have performed with a group as large as 19 people. As of 2017 the group is made up of Drew, Canning, Justin Peroff, Andrew Whiteman, Charles Spearin, Sam Goldberg, Ariel Engle, and David French. The group has included some other familiar Canadian names over the years including Leslie Feist, yes that Feist, as well as Metric’s Emily Haines. With all of that talent it is no surprise that their latest album broke the Billboard top 100.

Anyone music fan with nostalgia for the early 2000s knows Broken Social Scene is one of those bands that stands out in the lot. Even if you’re not familiar with the band, you’ve probably heard their music in major motion pictures like Scott Pilgrim vs The World and The Time Travelers Wife. Their haunting and beautiful songwriting is even better live, even from the large group on stage alone.

One thing this tour made clear is that the addition of Ariel Engle to the group is a perfect fit. Immediately when she walked out on stage there was a radiating energy from her that completely commanded the performance. Engle also performs as AroarA alongside her husband, Andrew, who is also in the band. She slowly found herself helping in songwriting and soon began appearing on stage while on tour with her husband. Obviously the band agreed she’s a good fit because since 2010 she has become an official member of the group. With Hug of Thunder we hope this is the start of a great new era from Broken Social Scene. Fans left the venue feeling refreshed and restored, needing the musical therapy that BSS was ready to bring.

More photos from the evening: 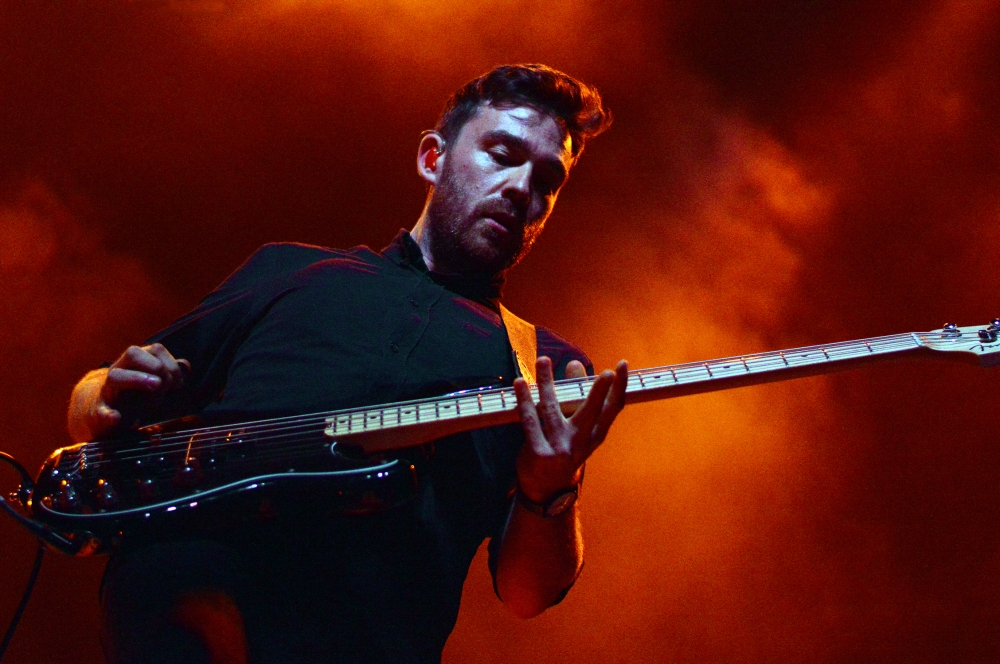 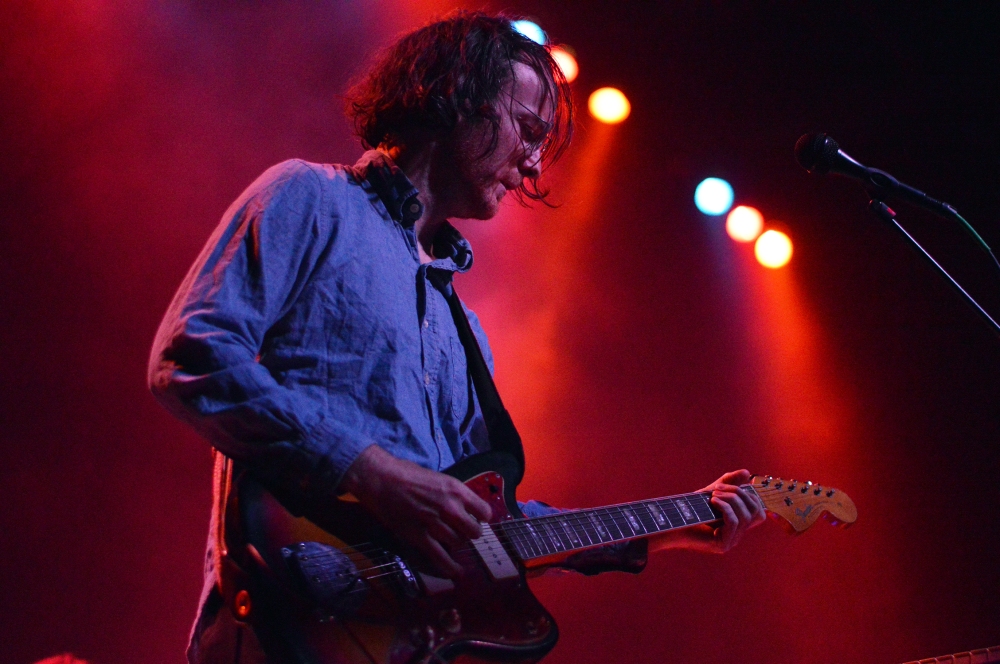 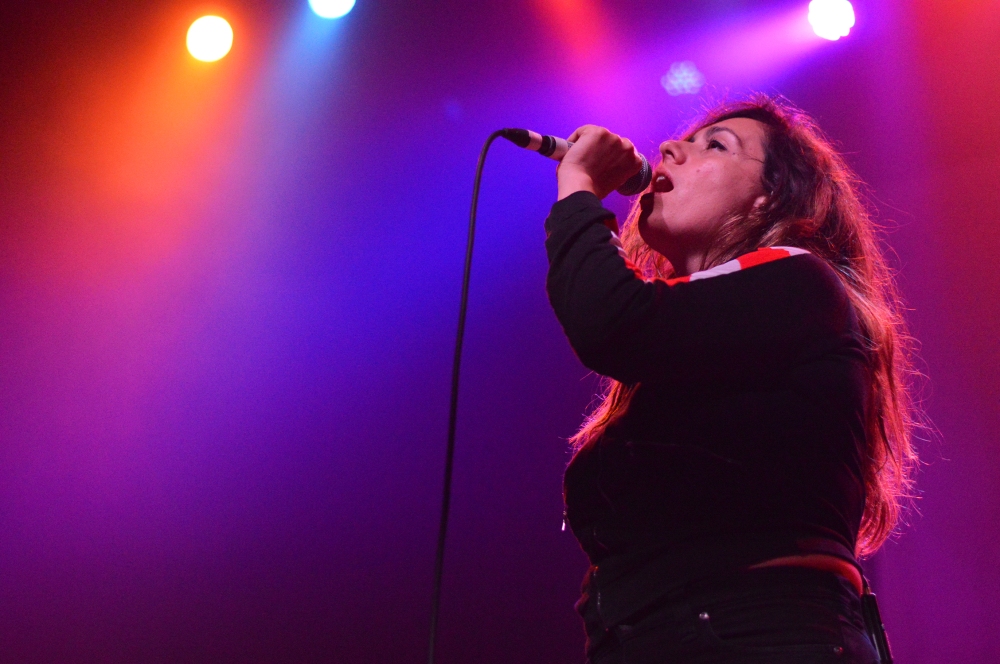 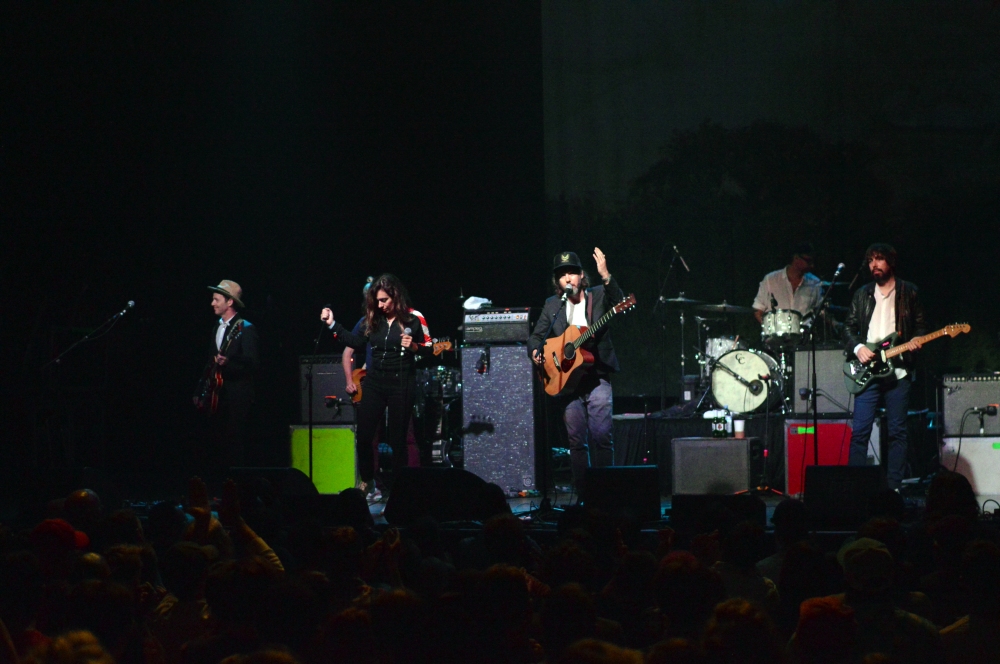 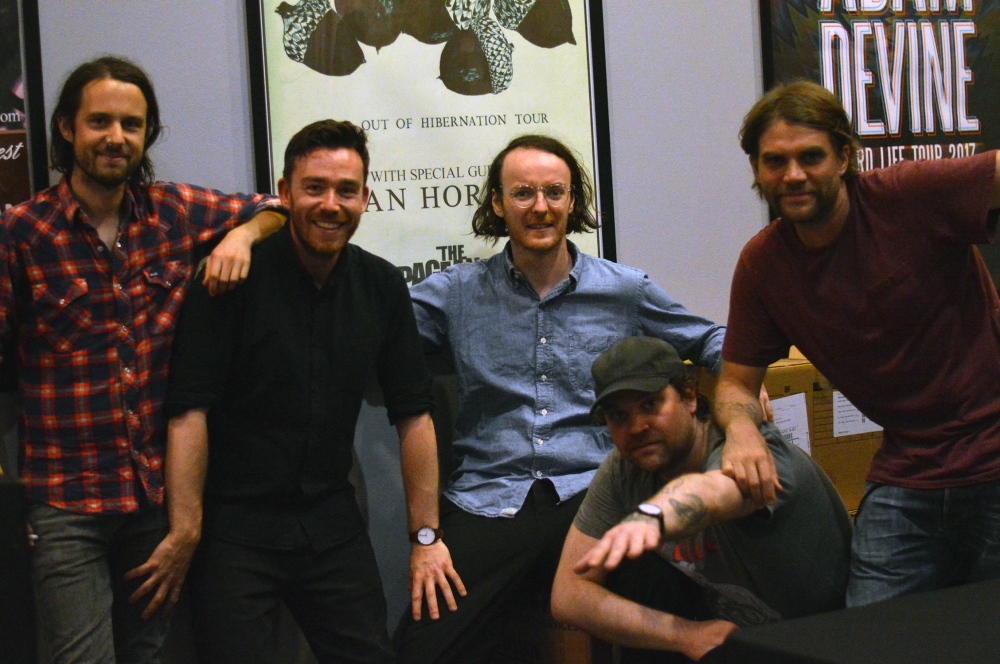